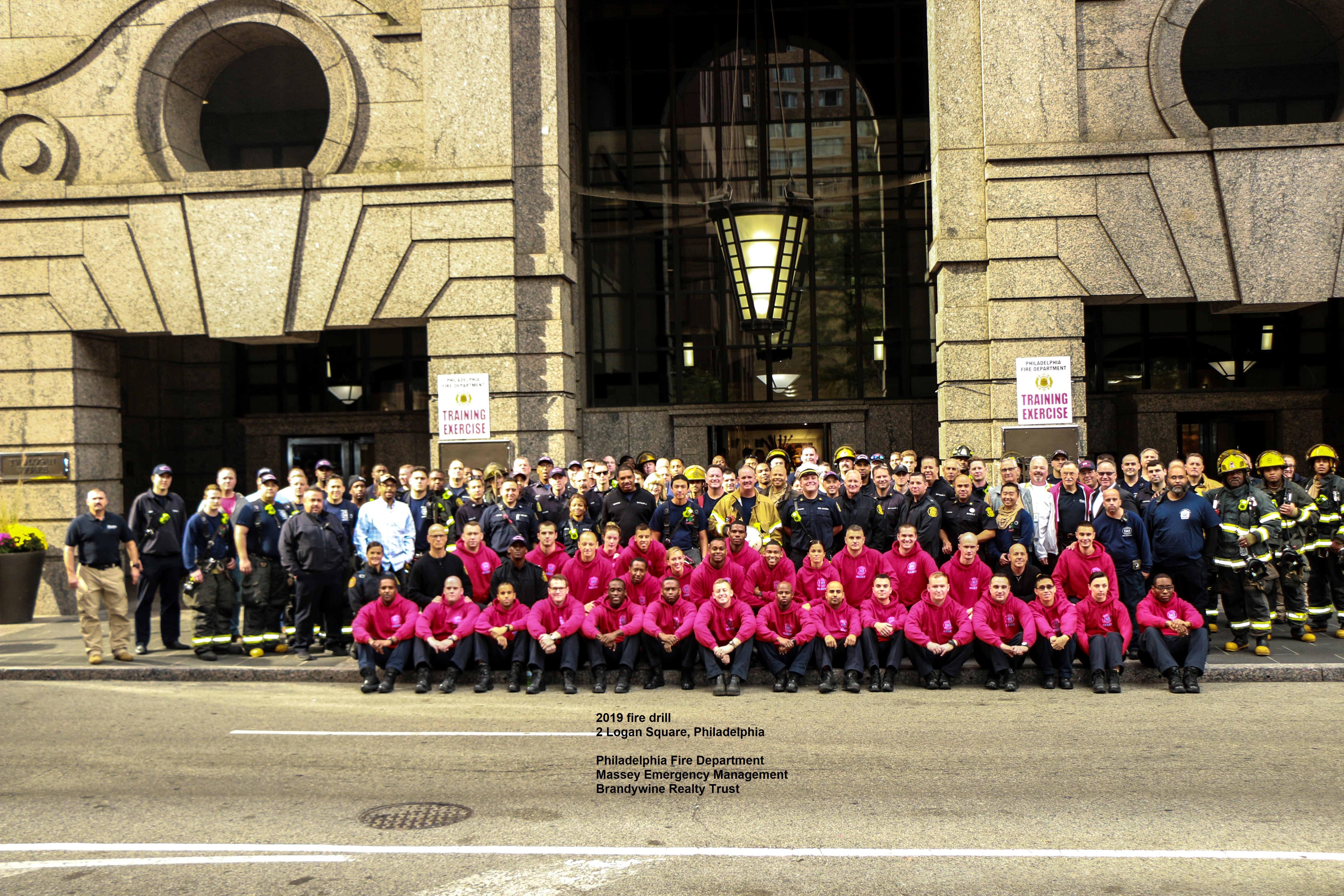 In conjunction with a large, elaborate high-rise firefighting exercise last fall involving PFD, building personnel from owner Brandywine and Massey's elite drill instructional staff, Massey was asked to teach a half-day conference at the PFD Training Academy on the topic. CEO Curtis Massey (long-time instructor), John Miller (former LAFD high-rise chief) and Roger Sakowich (former Manhattan Borough Commander FDNY) put on the 4 hr class, which resulted in an extensive revision of the PFD's high-rise SOPs. Of most notable interest was the inclusion of the use of a building's (Massey) mobile app into their command process, as well as the implementation of the Rapid Ascent Team concept created by Curtis just after 9/11. Philly now joins many other big cities who have also adopted the cutting-edge concept into their high-rise rescue strategies, including Chicago, Los Angeles, San Francisco, Houston, Boston and others. Over the past quarter century, Massey has assisted in the rewriting of high-rise SOPs in nearly every major U.S. city - a true testament to the firm's "street credibility".