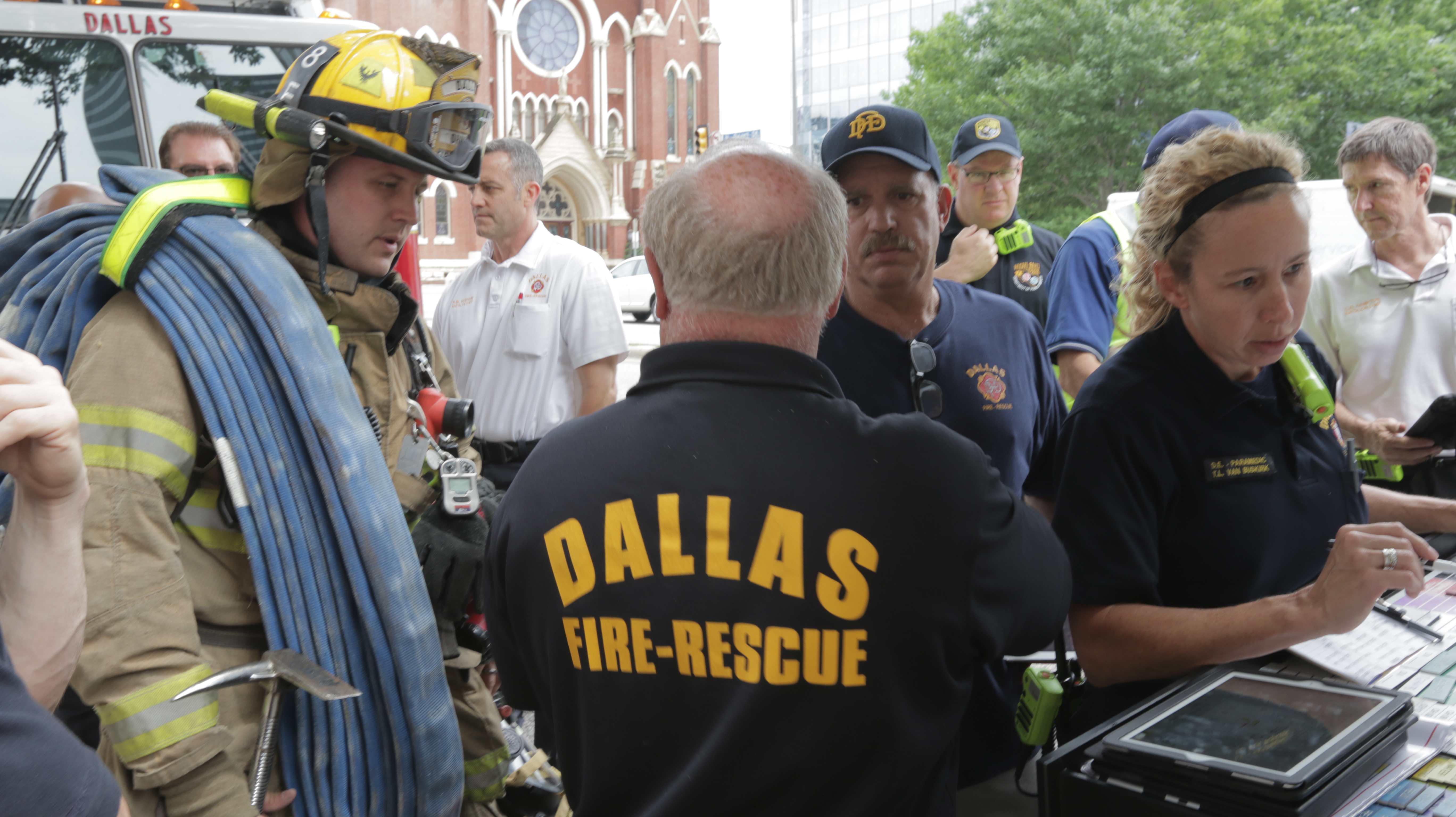 A drill in Dallas May 17th marked a substantial milestone in the history of emergency preparedness and response.

The Massey FD App (as a live/completed app), had its first major public event after years in the development phase when the City of Dallas Fire-Rescue Department and Massey Disaster Planning ran a drill at 2100 Ross, an iconic 33-floor skyscraper in the heart of the downtown arts district.

The host Cousins Properties high-rise staged a mock fire on an upper floor of the building, training 70-plus firefighters in advanced firefighting and use of large diameter hose lines.

While fires are less common in modern buildings than a generation ago, incidents still occur.  Twice in Dallas in the past year for example, two of the city’s largest skyscrapers have been evacuated, one related to a kitchen hood fire and another in a subterranean cooling tank, leading to tragic loss of life.

Massey Disaster Planning has been involved in drills within every corner of North America throughout its almost three decades in business.  From the recent largest mass casualty incident training event in California history at a Los Angeles high-rise, to drills in Miami, New York, Philly, Boston, San Francisco, Calgary, Vancouver, and many cities in between, Massey is the world leader in high-rise emergency technologies and response systems, with clients in more than 100 cities, covering 800 million square feet of real estate.