Filed under In The News, Clients 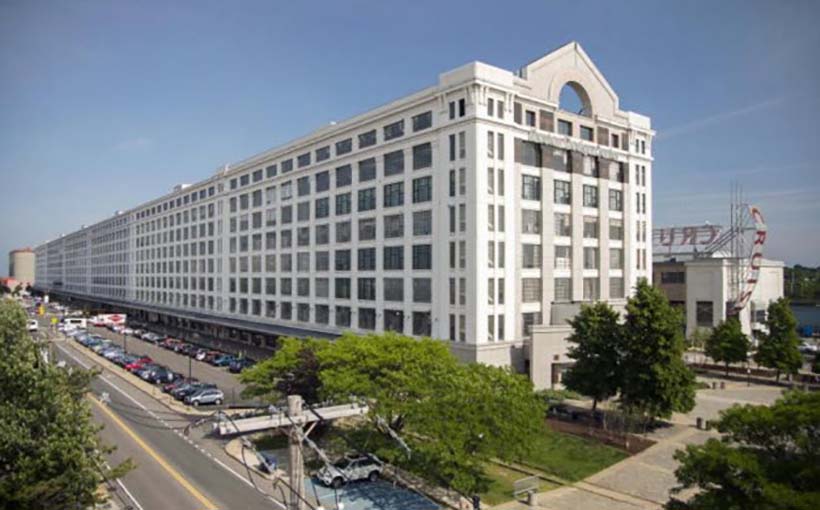 Anchoring Boston's exploding Seaport District, the huge 1.4 MSF office complex, stretching 1/3 of a mile long, was once a structure where thousands of workers worked on US warships.

Constructed in 1918 atop a series of mud flats, it was a vital asset to the war effort in WW II. At its height, over 50,000 people worked night and day to repair American and Allied ships there.

Now, after $100 million in renovations, it has lured many creatives, designers, engineers and researchers to its spacious environs. The new home of Reebok, the IDB is one of Boston's most treasured landmarks.